🚀 Get a Head Start to Your Career. Click to learn more🚀

What genital tract pathologies are associated with long term Tamoxifen use?

What is the most common endometrial pathology associated with Tamoxifen use?

Endometrial polyps are the most common endometrial pathology reported in association with tamoxifen exposure.

How to distinguish endometrial polyps and submucosal fibroids on ultrasound and hyseterosonography?

Polyps appear as smoothly marginated oblong echogenic lesions with a narrow attachment to the endometrium but may be broad-based.

MRI can be used in equivocal cases, however, it is not used routinely. A study by Ascher et al. suggested that MR imaging may help identify which patients should undergo a sampling procedure and those who can be followed up with MR imaging.

Management of Patients with Abnormal Bleeding on Tamoxifen

👉 Asymptomatic patients with ONLY imaging findings: No further assessment.

👉 Premenopausal women with amenorrhea/oligomenorrhea and no risk factors for endometrial cancer: Expectant management. 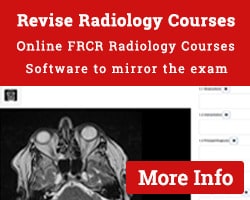